RAPTOR is one of the popular tools to design and evaluate Flowchart. This tool is designed to help students to visualize their algorithms.

Raptor is a simple-to-use problem solving tool that enables the user to generate executable flowcharts. Raptor was written for students being introduced to the computing discipline in order to develop problem solving skills and improve algorithmic thinking.

RAPTOR is freely distributed as a service to the education community.  RAPTOR was originally developed by and for the US Air Force Academy, Department of Computer Science, but its use has spread and RAPTOR is now used for CS education in over 28 countries.

Key features of RAPTOR
One can download official free version from URL: http://raptor.martincarlisle.com/

Students can very easily convert their algorithm to a flowchart by following symbols given in the RAPTOR tool.

Fig.: Symbols of Flowchart in RAPTOR

RAPTOR has six symbols, where each symbol represents a unique type of instruction. The basic symbols are Assignment, Call, Input, Output, Selection and Loops. By placing additional RAPTOR symbols / statements between the Start and End symbols you can create your algorithm into RAPTOR programs.

This flowchart will read time from user and based on entered time, it will display Good morning / Good Day message. 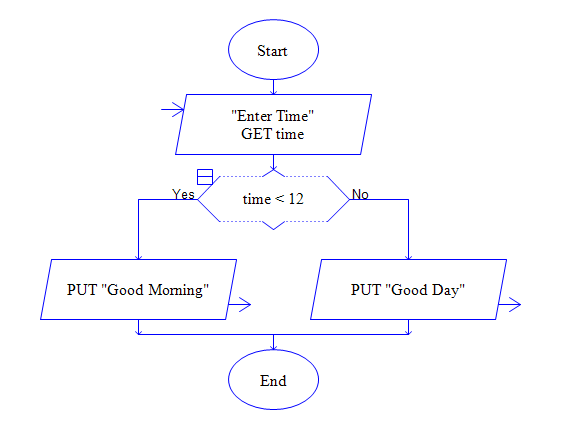 Check this flowchart video on : https://youtu.be/xpoMyDEK9Eo